It was a hard thing to shake. Edward thought I needed help with conflict. This was just another sign that this relationship was not what it should be. 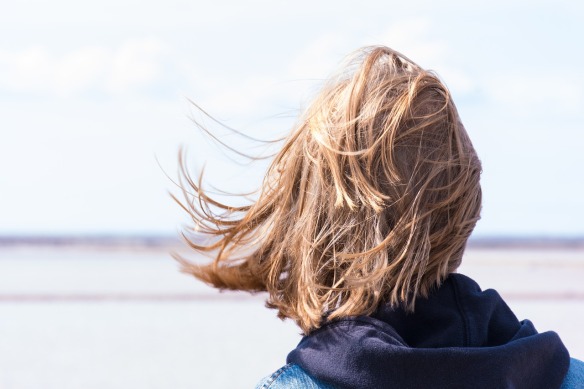 I learned about this book because of the TV movie it was based on (incidentally, in retrospect, Holly Marie Combs did an amazing job portaying Lea) and read it afterwards. It’s a layered, psychologically insightful novel in which the experiences and feelings of the main heroine are sometime so relatable, so visceral in their descriptions that I had to lay the book aside to process. It’s also scary to realize how there will always be plenty of people ready to pounce on you as soon as you become that thing, a doormat.

Leah is a woman who has everything in her to be who she wants to be. In fact, she might already be that woman, only she got lost along the way due to ever-deepening habits of not wanting to disappoint people and destructive contributions from her boyfriend (gaslighter!). The number of times I was shouting to myself “No! That’s not what you should have done! Don’t give in! Do the thing, do the thing, aaaahhhh…” One consolation on the journey to finish the novel is that, ironically, precisely because of Leah’s submissiveness she has developed an inner voice in the form of her play’s main character, Jodie, a creative alter ego that lives in Leah’s head as Leah’s actual life becomes more complicated. But the complications are ultimately caused by Leah trying to get out of unhealthy patterns, and I was reading as fast as I could to find out if she would.

The conflict resolution class Leah gets signed up for by Edward (gaslighter!) proves to be a turning point for her in more ways than one. There are no hard-and-fast, magical solutions presented in the book. This is not a romantic comedy, though it has plenty of laugh-out-loud moments (actually did that on the subway one day while reading) that look as if someone took note of the absurd experiences in your own life.

This is one of the most engaging books I’ve ever read and it leaves you thinking after you’re done, because Leah, in my opinion, has been nicer to the people walking over her than necessary even after her breakthroughs (like to some gaslighters, but I might be thinking that because I was reading a book about gaslighting parallel to the novel), and there might still be some things in her attitudes to wrap up, BUT all of this contributes to a rare effect and the mark of a good novel: you may have finished the book, yet you know the character still has everything ahead of her.