One of Hamburg’s most fascinating museums is a must for history buffs, maritime fans and anyone loving this city. It houses both international exhibits and showcases Hamburg’s prominent link to maritime history in Europe and the world.

I had been meaning to go for a while and found myself making my way there one Sunday morning. The trip there holds a certain amount of excitement in itself, as one of the possible routes takes you to Überseequartier, a cavernous, gleaming station inlaid with blue (immediately reminiscent of all those sea-inspired vibes) and part of Hamburg’s most recently completed subway line, the U4. Getting out, you’ll see ongoing construction in the still new HafenCity district, and then a few minutes walk will take you to the museum iteself. 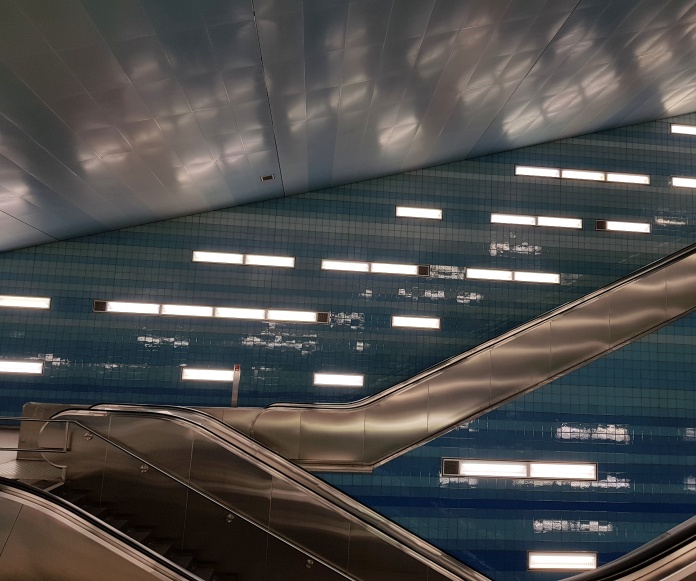 The International Maritime Museum is located in Hamburg’s oldest warehouse, Kaispeicher B. 10 floors, or “docks” filled with an enormous scope of sailing and ship-building artefacts, sketching out voyages across the world, the development of navigation, battles taking place at sea and the expansion of modern passenger sea travel await discovery. 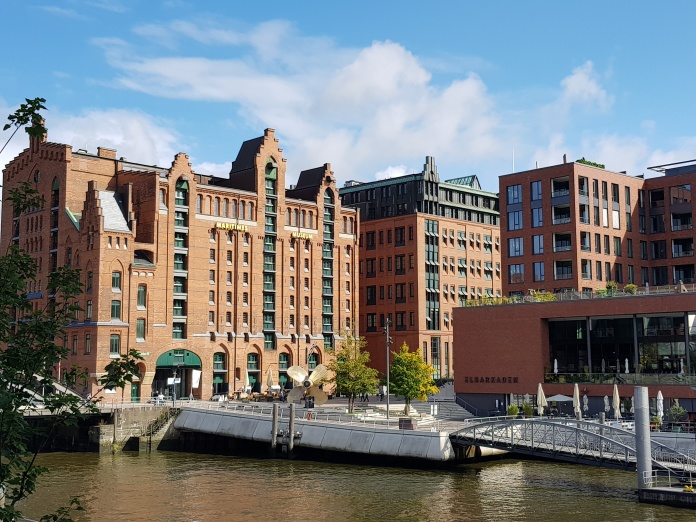 One of my favourite sections included an outline of the history of lighthouses – it turns out the first ones were built in ancient Egypt. A detailed, intricate model of one of Germany’s most famous lighthouses called Roter Sand accompanied the exhibit, giving a glimpse in to the inside of the structure.

I spent several minutes staring at a model of the cruise liner the Queen Mary 2, built out of Lego. It took six months and roughly one million Lego pieces to put it together.

Models of ships from various centuries hung suspended from the ceiling, some against a background painting of the sea, like that of Wapen von Hamburg (III) from 1722. She sailed from Hamburg, accompanying merchant ships solely for protecting them against pirate attacks. Staring at it, it was easy to forget the strings holding up the model and to imagine her sailing in front of you for real.